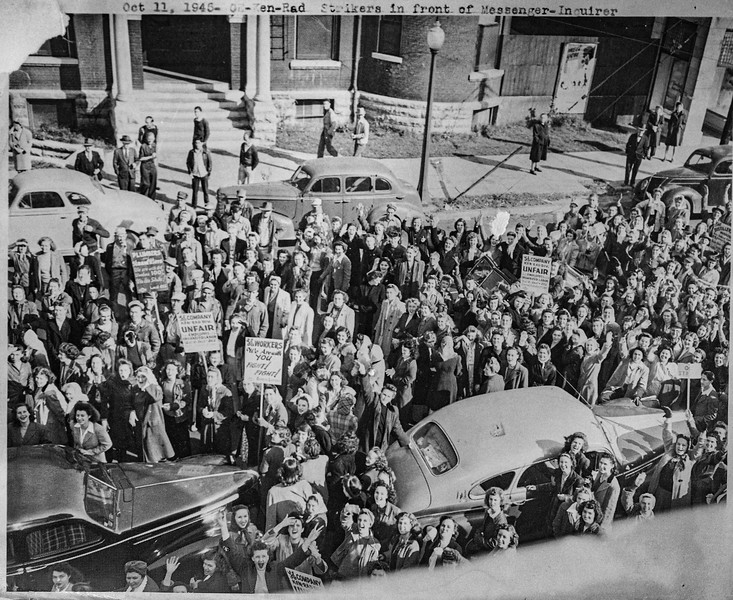 "A body of striking Ken-Rad workers and sympathizers staged a demonstration at the Messenger and Inquirer building this morning while parading in down-town Owensboro, during which their spokesman mounted the steps of the building and told them that the newspapers had been unfair to organized labor. The above picture shows the group in front of the newspaper building."